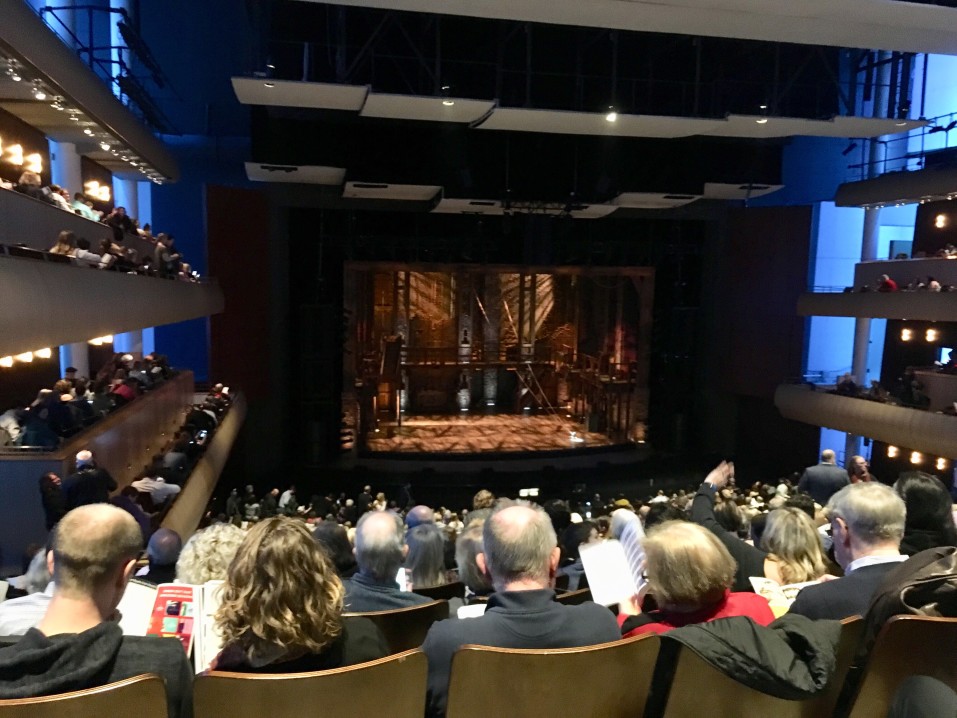 Content warning: This post discusses topics that may be unsettling to some, including mental illness. Some minor spoilers are also included.

Looking for Orange County events on the stage? Do you love musical theater? How about rock musicals? Are you interested in media that aims to decrease the stigma around mental health? If you answered yes to these questions, then we highly recommend going to see Next to Normal at the Chance Theater in Anaheim, California.

Next to Normal follows the tale of Diana Goodman (Jocelyn A. Brown), a mother living with bipolar disorder. Diana suffers from delusions, believing that her son, Gabe (Jaylen Baham), is still alive, when in fact, he passed away 16 years ago when he was only a baby. Only her husband, Dan, and her academically motivated daughter, Natalie (Angie Chavez), remain. Diana is seeing a psychiatrist for her condition and being prescribed medication, however, they only numb her feelings instead of making her feel regulated.

Diana then begins seeing a new psychiatrist, sharing her experiences of singing to her deceased son and him encouraging her to harm herself. After being admitted into the hospital, the doctor says that shock therapy is the only way to relieve Diana of her severe illness. This outdated method of treating the mentally of course does not help her. She begins experimenting with recreational drugs, and the two weeks of shock therapy has negatively affected her memory. She begins to question her marriage as well as the legitimacy of her treatment. Reasonably so, Diana feels lost being tossed up in a mix of her grief for her late son, her illness, and feeling like no one is helping her.

Since its original debut on Broadway in the spring of 2009, the writer of the 2010 Pulitzer Prize-Winning Musical, Brian Yorkey, has been able to shed a light on the importance of mental health in a brilliant and memorable fashion to audiences. Next to Normal is also the winner of 3 Tony Awards, including Best Musical Score, and was named one of the Top 10 Shows of the Year by major news publications including The Los Angeles Times and The Washington Post. The New York Times calls it “A brave, breathtaking musical. It is something much more than a feel-good musical: it is a feel-everything musical.”

While many try to shy away from the topic of these issues, the musical shows that people who suffer from serious psychiatric disorders are people, too. Next to Normal acknowledges that the only way to break the stigma on these issues is to talk about them openly so that people who are suffering feel encouraged to get the proper help that they need. So for all of our thespians looking for new and exciting Orange County events– come on down to see Next to Normal, coming very soon to the Chance Theater in Anaheim, California from January 28 to February 27, 2022!

Proof of full vaccination status or a negative test result from 48 hours prior to showtime must be presented among entries to the Chance Theater.

This blog is brought to you by Toyota of Orange, one of the most trusted and respected dealers near Tustin Toyota.

Our Top Picks for Orange County Museums and Tourist Destinations You Should Visit in 2022
Calling All Avid Readers! Discover Book Stores and Clubs Near You!