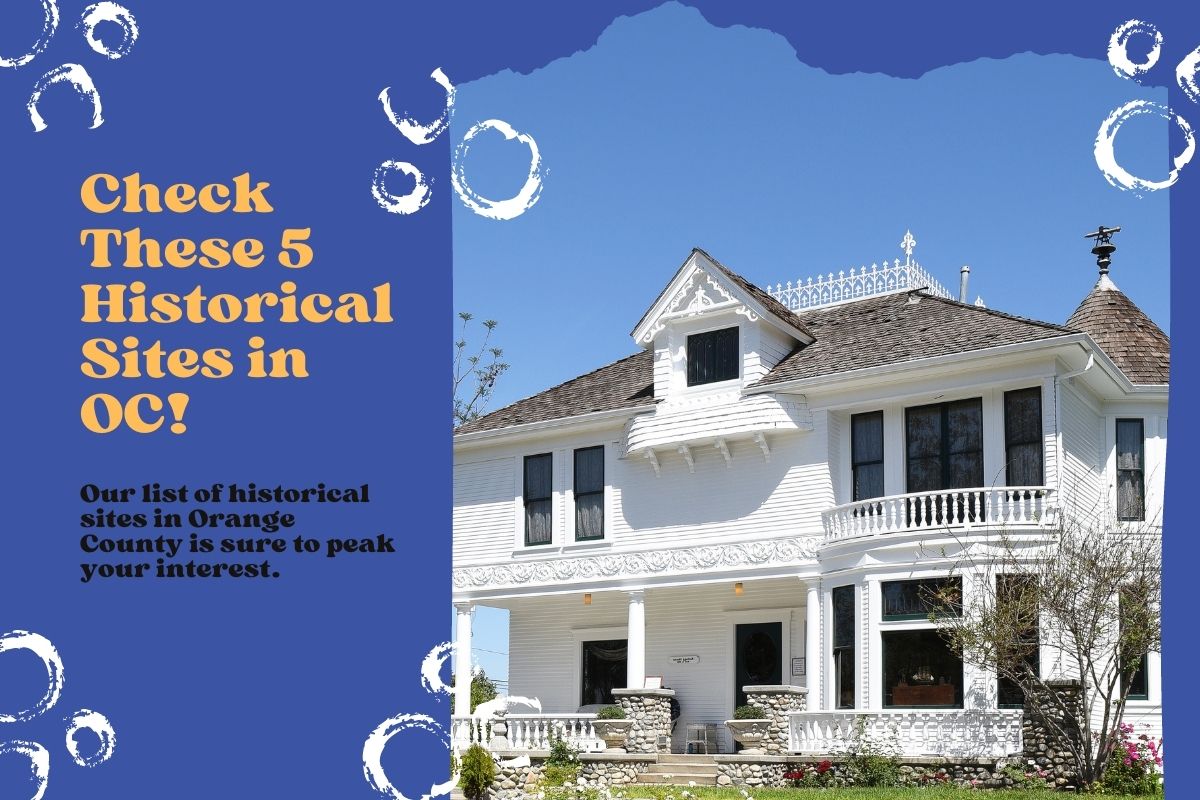 Did you know that Orange County, California is home to some of the most historical sites in the country? From museums to , there’s something for everyone who wants to learn more about our nation’s history. If you are looking to unlock the history buff within you, here are just a few of the many historical sites to add to your list of things to do in Orange County!

The trip to the Heritage Museum of Orange County is like a journey through time! From old cars and tractors, to steam engines and craftsmanship; this museum has it all. You’ll be able to explore different eras in history that have shaped our world today – from 1890s buildings right up until modern-day life with interactive exhibits galore (and free!). It’s definitely worth checking out if you’re looking for something educational while also being entertaining enough so kids won’t get bored too quickly.

The Irvine Ranch Historic Park is a historic park in California that dates back to 1866. It originally consisted of 6,000 acres however due to an increase in size it now consists of over 8 square miles with several different types of classic architecture within its borders including Victorian homes and brick buildings from around the turn-of date which have been preserved for generations through renovation projects done by volunteers hoping one day they will become reusable spaces again just like their predecessors.

If you have already checked out the Richard Nixon Presidential Library, then you may want to see the birthplace of the 37th President of the United States for yourself. Nixon was born on January 8, 1913, in this now-historic house museum, where he lived with his family in the early years of his life until 1922. Although he initially lost the Presidency to John F. Kennedy in 1960, he would run again 8 years later and succeed. Nixon served as President from 1969 to 1974 and died in 1994.

Heritage Hill is a place where past and present come together to tell the story of our evolving city. From its beginnings as an indigenous village, through times when it was home for members not only Native American but also French fur traders who drilled their way into this region’s rich natural resources – until finally reaching today with all that entails: modern-day lifestyles combined seamlessly within throwback scenery so pristine you might think someone set up shop back in 1832!

If you are interested in Native American culture and history, then this is the place for you. Black Star Canyon is a historic village that was once home to Native Americans. The site has been preserved for all eternity by National Historic Landmark status and includes original structures dating back thousands upon centuries ago when this land stretched across what we now know as California’s deserts! Why not put it on your list of things to do in Orange County before the spring ends?

This blog is brought to you by Toyota of Orange, where getting unbeatable deals on used cars near Tustin Toyota will never become a thing of the past.