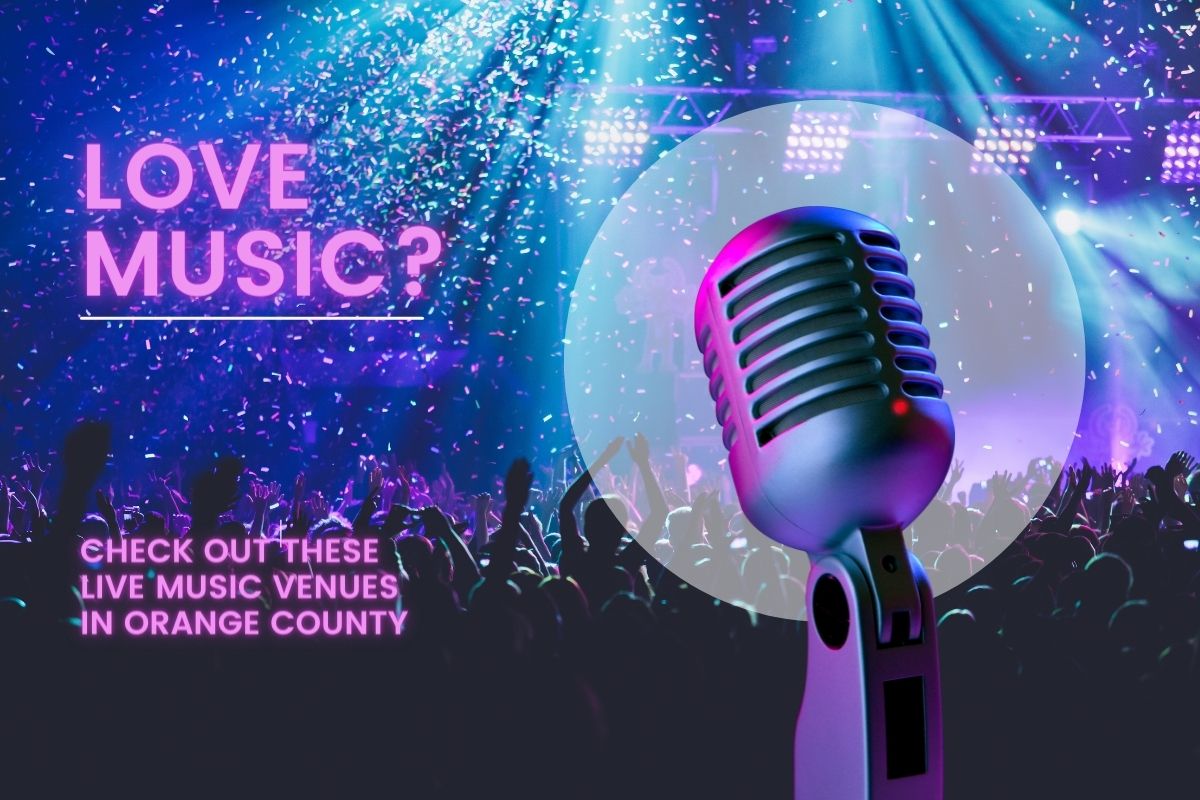 It’s difficult to find someone who doesn’t like music, but some of us are a little more passionate about it than others. If that sounds like you, then you have yet another reason to come down to experience some one-of-a-kind Orange County events this spring. There is a multitude of exceptional music venues scattered around the county. Which ones are we talking about? Glad you asked because we have a list of them right here just for you!

House of Blues Anaheim is one of the most popular concert venues in Orange County. It’s not hard to see why when you think about how many great acts have played there, such as Julien-K and Lana del Rey! The House Of Blues always has an incredible selection at their shows; whether it be rock or rap – there really isn’t any genre that this location doesn’t offer up for consideration (with some exceptions). This year will bring yet another opportunity to catch some of your favorite artists performing live.

Segerstrom Center for the Arts is a stunning performing arts center right here in Orange County. This music venue was named after Renée and Henry Segerstrom, who were strong advocates for the performing arts scene in Orange County. This incredible venue offers world-class performances in a beautiful setting, and has even hosted many famous musicians and performers over the years including Gloria Estefan on her intermediate tour of Europe when she was just 18-years old! The architecture of this building has been designed to complement its surroundings, making it feel like you’re part of the performance!

The Yost Theater is a historic venue in downtown Santa Ana. It was originally built as a movie theater and later converted into both performance space and retail store before being redone again for its current use of showing movies on weeknights with live musical accompaniment from start to finish! Outside of musical events, it also hosts weddings and even TED (Technology, Entertainment, Design) Talks! It is a must-see for just about anybody in the area!

Do you have more of an ear for classical music? If so, the Pacific Symphony is the place for you. The beautiful and captivating sounds of classical music can be relaxing or exciting, depending on your mood. The soothing tones may help you to relax while the energetic ones are perfect for active listeners who want more from their tunes! If you think the kids would get too bored here, then consider taking them to the Cirque for Kids event, where music will be accompanied by live acrobat performers. This will surely excite children of all ages!

No matter which genre of music is your favorite, you are bound to find something perfect for you here in the famous OC.

This blog is brought to you by Toyota of Orange, one of the local dealers near the Tustin auto center. Our deals will be music to your ears!

Discover These 5 Historical Sites in OC!
TV Shows That Were Filmed in Orange County, CA