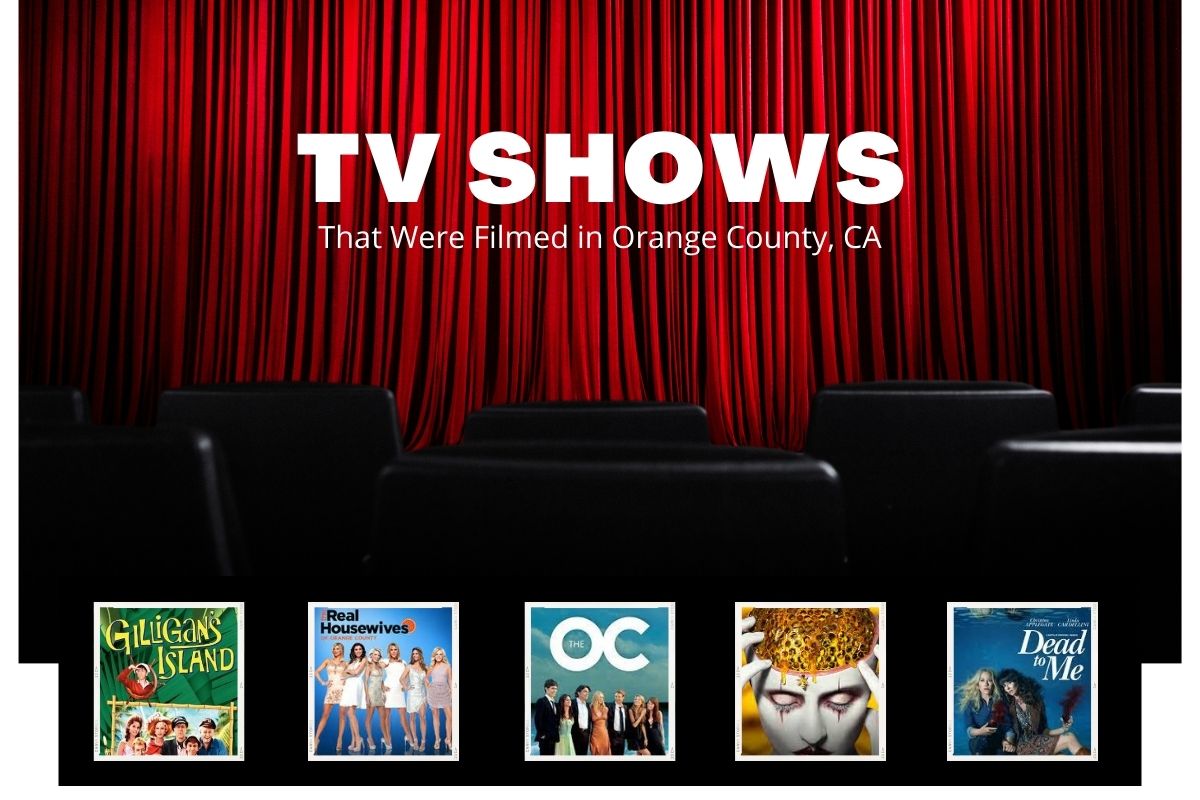 When it comes to Orange County events, you would be thrilled to find out which of America’s favorite shows were filmed right here. The beautiful and captivating views of southern California have been a big draw for TV producers for over a century. From million-dollar homes to sandy beaches, there is no shortage in this county that can be used as an establishing shot! Discover which shows Orange County was featured in right now!

Gilligan’s Island was one of the most popular TV shows in America during the 1960s. TYour parents or grandparents may have even watched this show. It revolved around travelers from completely different backgrounds who have all been stranded on a remote island. Will they be able to set aside their differences so that they can collectively survive or are they doomed for the worst?

The Real Housewives of Orange County

Housewives from all over the country come to Orange County for a chance at fame and fortune. These women know that they’re not just competing with each other, but also themselves; as any one of them could be kicked off the show if producers decide to replace them with another housewife! It’s truly survival of fittest up there on stage – so you better believe these ladies fight tooth-and-nail during every episode.

Just like The Real Housewives of Orange County, the title is a dead giveaway. The show is about a boy who’s been through a lot for a youngester. His mother has kicked him out of her home and is placed in foster care until he is finally adopted by a larger-than-life family. The O.C. was filmed in multiple locations in Orange County, including Redondo Beach and Newport Beach. Despite its name, it was also filmed in several Los Angeles locations, as well, such as Playa del Rey and Marina Del Rey.

The television show, American Horror Story has been around since 2011, and two seasons of the hit show had filming locations here in Orange County. If you are an avid horror fan, then chances are you have already seen it. Are you brave enough to witness all the horrifying scenes this show has to offer?

This is a Netflix show that is sure to keep you on the edge of your seat. Dead To Me tells an enchanting story about two strangers who meet and connect through their struggles with death, which may seem like it would be all too sad but instead provides for some surprisingly funny moments between these characters as well!

There are so many more TV shows that were shot here, but sadly, we can’t keep you reading forever. In the meantime, if you’re interested in being in the loop on the latest media events in Orange County, be sure to keep up with us!

This blog is brought to you by Toyota of Orange, your all-star Toyota dealer near Tustin.