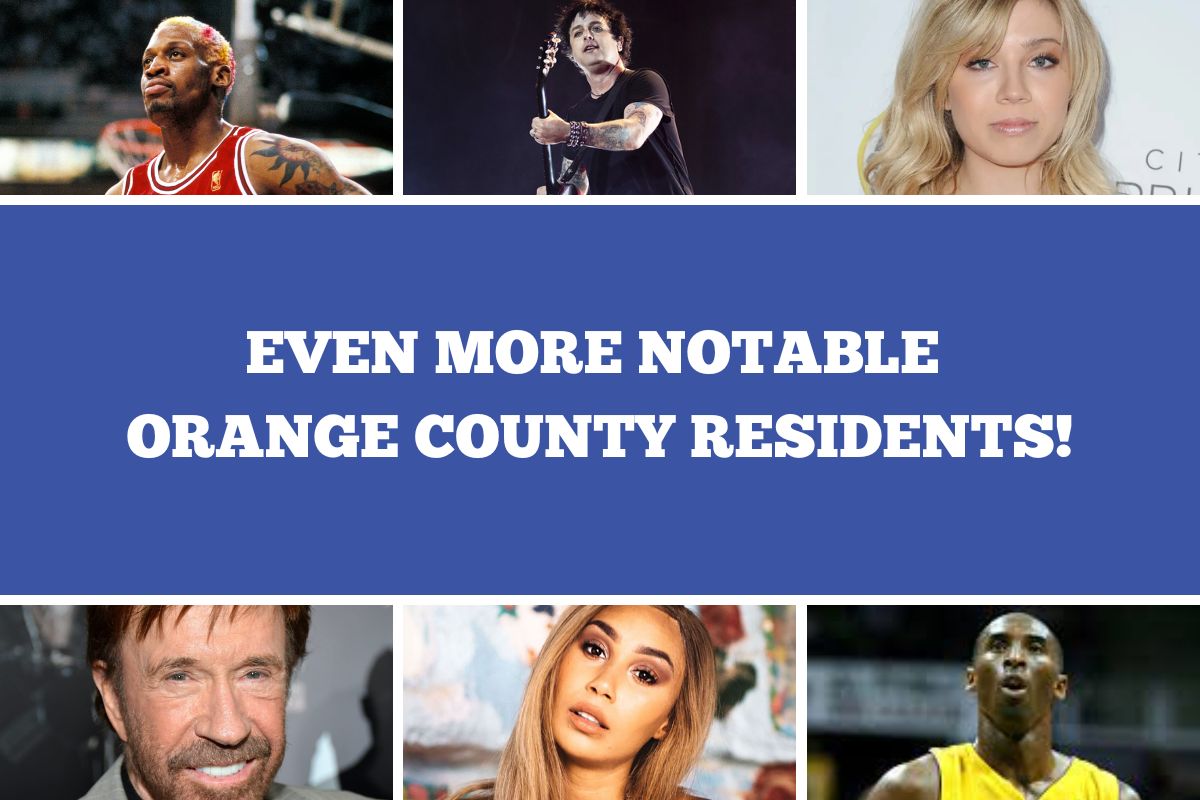 In a previous article, we revealed to you a few celebrities you may have not known were born in Orange County. Since then, have you wondered what other notable people have at one point called OC their humble home? If so, then today is your lucky day! Feel free to take a break from all the exciting things to do in Orange County, because we have compiled a list of even more stars for your reading pleasure!

Dennis Rodman is a former basketball player. He was a member of the Los Angeles Lakers in 1999 and during the 2004-2005 season, he played for the Orange County Crush. He also enjoyed a successful wrestling career from 1997 to 1999. Nowadays, he does occasional wrestling and acting gigs.

If you are a fan of Green Day, then you are definitely familiar with Billie Joe Armstrong. Born in Oakland in 1972, he currently lives in Costa Mesa and has previously lived in Newport Beach. He dropped out of high school to pursue a musical career and founded Green Day with his friend Mike Dirnt in 1987. One of his most famous songs Wake Me Up When September Ends is devoted to the memory of his father, who died when Armstrong was only 10 years old.

Jenette was born in Los Angeles in 1992 and raised in Orange County. She is most well-known for her role as Sam Puckett in the Nickelodeon sitcom iCarly, Carly’s troublemaking best friend and fellow web show star. She decided to retire from acting in 2018, citing negative experiences during her career, in favor of writing articles as well as directing films. As a result, she does not appear in the iCarly reboot.

Chuck Norris was a rather predominant Internet meme around a decade ago, but did you know that he used to live in Tustin? Yep! This martial artist, now 82 years old, was round-house kicking all around the neighborhood back in the day! Before earning his black belt in Tang Soo Do, Brazilian jiu jitsu and judo.  he served in the United States Air Force. You just can’t get more awesome than that.

The ever-popular YouTuber MyLifeAsEva is a native of Brea and still lives in Orange County to this day. She attended Brea Olinda High School and California State University, Fullerton. As of writing, she has over 11 million subscribers.

Everyone knows and loves Kobe. Although he was born in Philadelphia, he would eventually go on to own three houses in Orange County, one of them being in Newport Coast. In 2016, he retired from basketball to be able to be with his family full time, which was undoubtedly one of his favorite things to do in Orange County. On January 26, 2020, Bryant and his 13-year-old daughter Gianna tragically died in a helicopter crash in Calabasas, Los Angeles County, along with 7 other passengers.

This blog is brought to you by Toyota of Orange, one of the most famous nearby Irvine car dealerships.

Continue Reading
You may also like...
Related Topics:Irvine car dealerships, Things to do in Orange County