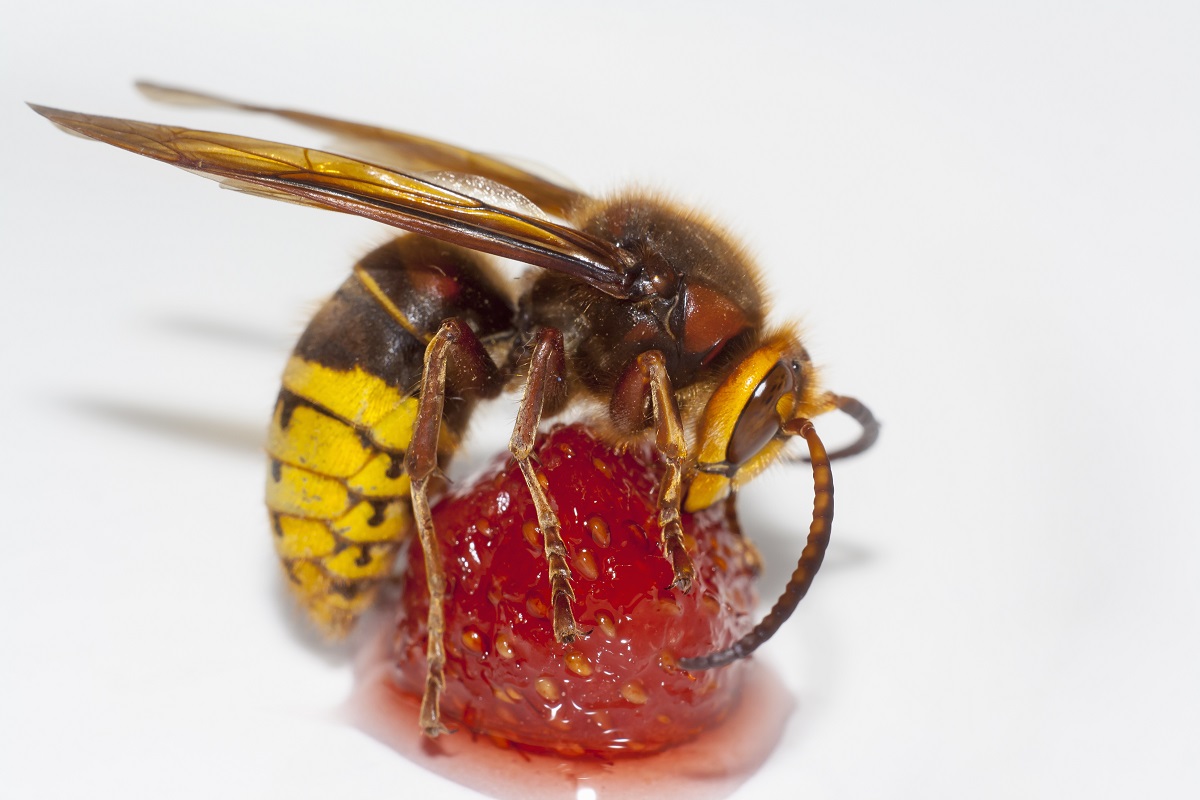 If you’ve been paying any attention to the news lately, then you may have heard something about a new hornet species making its way to the North American continent from Asia. This insect, known as the giant Asian hornet (Vespa mandarinia) or murder hornet, has a powerful stinger and poses a real danger to our honeybees. However, bee and wasp removal experts believe that there’s no reason to get carried away with frightening (and unlikely) predictions about this hornet’s introduction to our environment.

In order to combat sensational news stories about this insect, bee and wasp exterminators are here to set the facts straight about the murder hornet.

What is the giant Asian hornet?

According to researchers, the giant Asian hornet is the largest species of hornet in the world. The queen can grow up to 2 inches in length with a ¼ inch stinger. You can spot them by their black and orange markings. They are natively found in China, Korea, Thailand, Japan, and Russia.

Unlike most hornets, the giant Asian hornet will hunt in groups in order to attack honeybees. Experts in removing bee and wasp colonies say that, if anyone should be afraid of the murder hornet’s entrance to the United States, it’s beekeepers.

How did these hornets get to North America?

There is not a direct explanation for how these hornets found their way to North America. However, most researchers agree that it could have been on a shipping container. At the moment, the murder hornet has been spotted in Washington state and British Columbia.

Are these hornets a threat to humans?

Bee and wasp removal experts and scientists alike have determined that the giant Asian hornet is not a significant threat to people. Like other stinging insects, they will not interact with humans unless provoked. So, as long as you stay away from their nests or any beehives that they may have infiltrated, then you should be safe from their toxic sting.

The murder hornet is actually a much bigger threat to bees than it is to humans. Unlike the population of honeybees in Asia, our honeybees have not evolved to defend themselves against the giant Asian hornet. This means that they are nearly defenseless when it comes to this insect’s invasion of our environment.

Asian honeybees have learned to sense the pheromones that the giant Asian hornet releases when preparing for the attack of a hive. Thus, they are able to react more quickly to the threat and have a fighting chance. North American bees are not yet trained to this defense, which is why they may suffer greatly from the invasion of the murder hornet.

Once the murder hornet takes over a hive, they will decapitate the adult bees and consume the larvae and pupae. Entire hives can be destroyed in a few hours, depending on the number of hornets involved.

Should people be worried about these hornets?

While the murder hornet is certainly a powerful insect, there are not yet enough sightings in North America to warrant concern. As long as their population in our environment is monitored and controlled, our bee colonies will not be drastically affected. The best thing that people can do to help the situation is to be aware of what these hornets look like and report any sightings.

Bee Sting Treatment by Bee Removal Experts
How Effective Is Bee And Wasp Removal During The Summer Time?