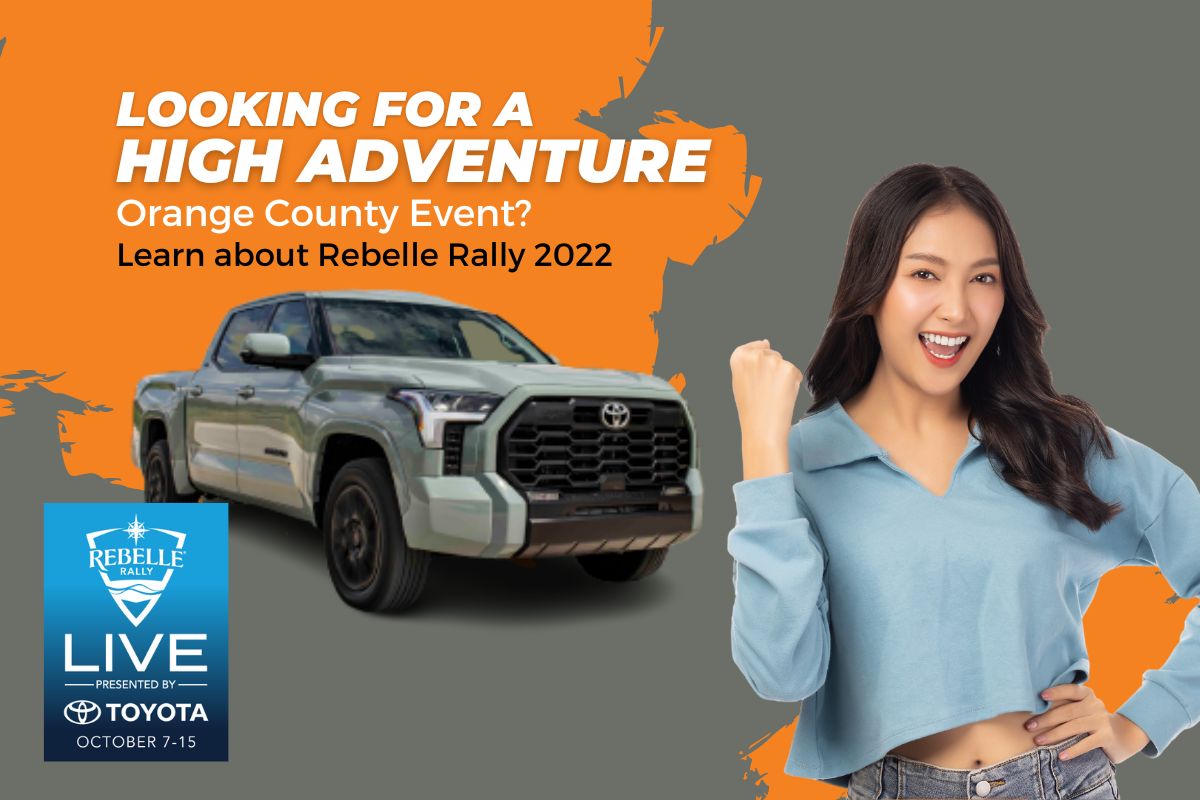 If you’re looking for high-adventure Orange County events, you’ve come to the right place. This month, Toyota of Orange women engineers will team up in the 2022 Rebelle Rally competition. The off-road competition will take place from October 6-15th and is sure to be a blast. The women are set to adventure across 2,500 kilometers of desert terrain of Nevada and California.

Rebelle Rally is more than just a competition. It’s a one-of-a-kind movement gathering women from all across the country. The women participating in this event will be putting their driving and navigation skills to the test over the course of eight days. The race is not about speed, but rather it focuses on drivers’ ability to handle elements such as hidden checkpoints, maps, and headings.

The terrain will be tough, as the women will be faced with dirt roads, double tracks, and sand dunes as their biggest obstacles. In the past, the event has had to make changes to the course because of erosion and flooding. Drivers need to prepare for washouts and big rocks that may stand in their way.

There are several prizes that will be awarded at the Orange County event. The teams that place first, second, and third will receive a custom trophy as well as non-cash prizes. Other awards include the following titles: Team Spirit, Bone Stock, International Cup, and Rookie of the Year.

Toyota of Orange, a Toyota dealer near Tustin, is on a mission to make the automotive industry a more sustainable place. Toyota corporation has over 48,000 workers employed in North America who are revolutionizing the design, engineering, and overall look of millions of cars and trucks.

Toyota of Orange is proud to share that Toyota has been named a Presenting Partner of the 2022 Rebelle Rally Live Webcast, which will launch on Friday, October 7th. The first day begins with Tech Inspection in Nevada (specifically Incline Village and Lake Tahoe), and the closing ceremony is set to take place in Glamis, California, on Saturday, October 15th.

Audiences are welcome to watch this ultimate road trip on Youtube and Facebook, where coverage will be uploaded for streaming purposes. The live show will be hosted by automotive journalist Emme Hall, who has previously won Rebelle Rally, and professional motorsports driver Matthew Johnson. Hall is the first woman to ever win both the 4×4 and X-Cross™ classes at Rebelle Rally. Johnson has previously won national rally championships and served as an announcer for the X-Games Rallycross.

Color commentators at the 2022 Rebelle Rally include Katy Kunkel and Harry Wagner. Kunkel is from New Zealand and previously hosted the 2017 Rebelle Rally competition. Her passion for high adventure sports really drew her into the rally. Wagner also has a love for off-road adventures, and he has experience as a navigator. He has previously competed in the Baja 1000, King of the Hammers, and Sonora Rally.

This is an Orange County event you don’t want to miss. If you want to cheer on the women competing this year, all are welcome to follow Rebelle Ray on Instagram, Facebook, Twitter, and Youtube for daily event updates. You can also download the Yellow Brick Races App if you would like to track the 2022 teams when they start driving on the course.