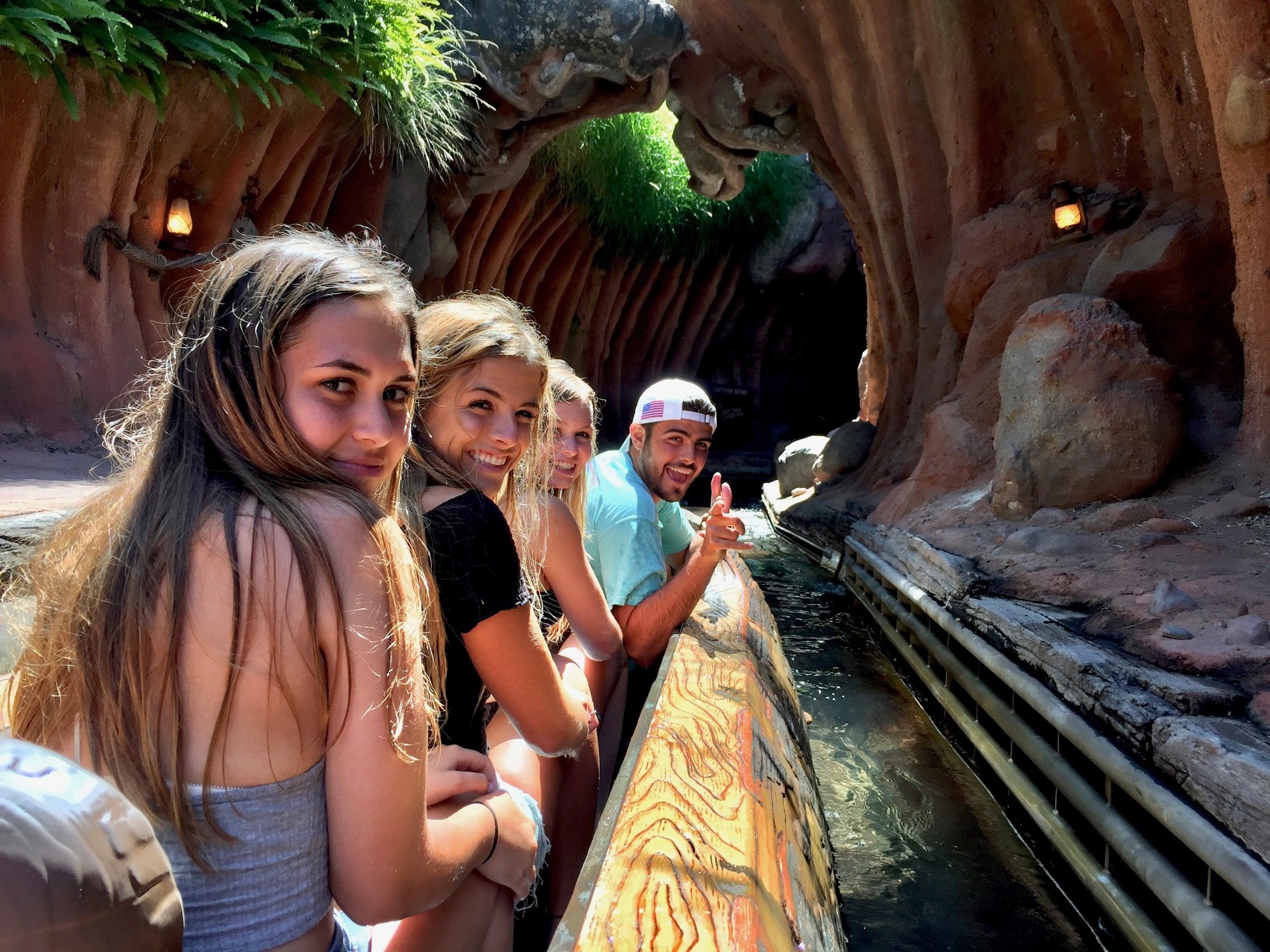 Orange County is world-famous for some of its unforgettable theme park rides that truly stand out above the rest. While we love just about every ride our beautiful county has to offer, if we were to talk about all of them, we’d end up writing an entire novel! It was challenging to come up with our top 3, so bear with us here. If you are planning a vacation to OC soon, here are just a few of our recommended picks for things to do in Orange County:

In December 1998, Knott’s famous coaster residing in the Ghost Town section of the park opened to the public. At the time, it was the tallest and longest wooden roller coaster in the United States. It was also Knotts’ largest capital expense and the final ride to be created by the Knott family themselves before Cedar Fair acquired the park. If you’re not afraid of heights and are looking for the next high-speed adventure that will have you back in line again and again, then look no further!

Join the Guardians of the Galaxy: Star-Lord (Peter Quill), Gamora, Drax the Destroyer, and Rocket Raccoon and rescue them from being stored away for good inside the Collector’s fortress. You also get to listen to the tracks on Star-Lord’s sick mixtape while you free fall! This ride was formerly the home of the Twilight Zone: Tower of Terror attraction, which permanently closed in January 2017 to allow the Guardians to move in during May of the same year. Fortunately, the original incarnation of the ride still exists in Disney’s Hollywood Studios Park in Walt Disney World, Florida, which is arguably the superior version of the attraction. Coincidentally, Walt Disney World is also located in Orange County, Florida.

Opening in the summer of 1989, Splash Mountain has been a fan favorite log flume among guests for over three decades now. With adorable critters humming the catchy tunes of How Do You Do?, Ev’rybody’s Got a Laughin’ Place, and Zip-A-Dee-Doo-Dah, what’s not to love? On June 25, 2020, Disney announced that they are planning to re-theme the ride to a Princess and the Frog theme at Disneyland Park and Walt Disney World’s Magic Kingdom Park. The ride is originally themed after the animated sequences featured in the 1946 live-action, and cartoon-combined musical drama film Song of the South, primarily around the old folk tale Br’er Rabbit Runs Away. The theme remains as of writing.

Not much news regarding the re-theme has been revealed even a year and a half later. While Imagineering certainly takes some time, only time will tell if Disney will go forth with its plans or if it will fall through the floor like other proposed attractions and re-theming in the past. Rumor has it, however, that the theme will remain in Tokyo Disneyland, which is owned by Japanese tourist corporation The Oriental Land Company rather than the Walt Disney Company themselves. While we love Princess Tiana as much as other Disney fans do, we would certainly be sad to say goodbye to Br’er Rabbit and his pals as coming to this attraction was undoubtedly one of our all-time favorite things to do in Orange County.

What are your favorite theme park rides in Orange County? Let us know!

Toyota of Orange, one of the best and most respected dealers near Riverside, CA, brings this blog to you.

Continue Reading
You may also like...
Related Topics:dealers near Riverside CA, Featured, Things to do in Orange County