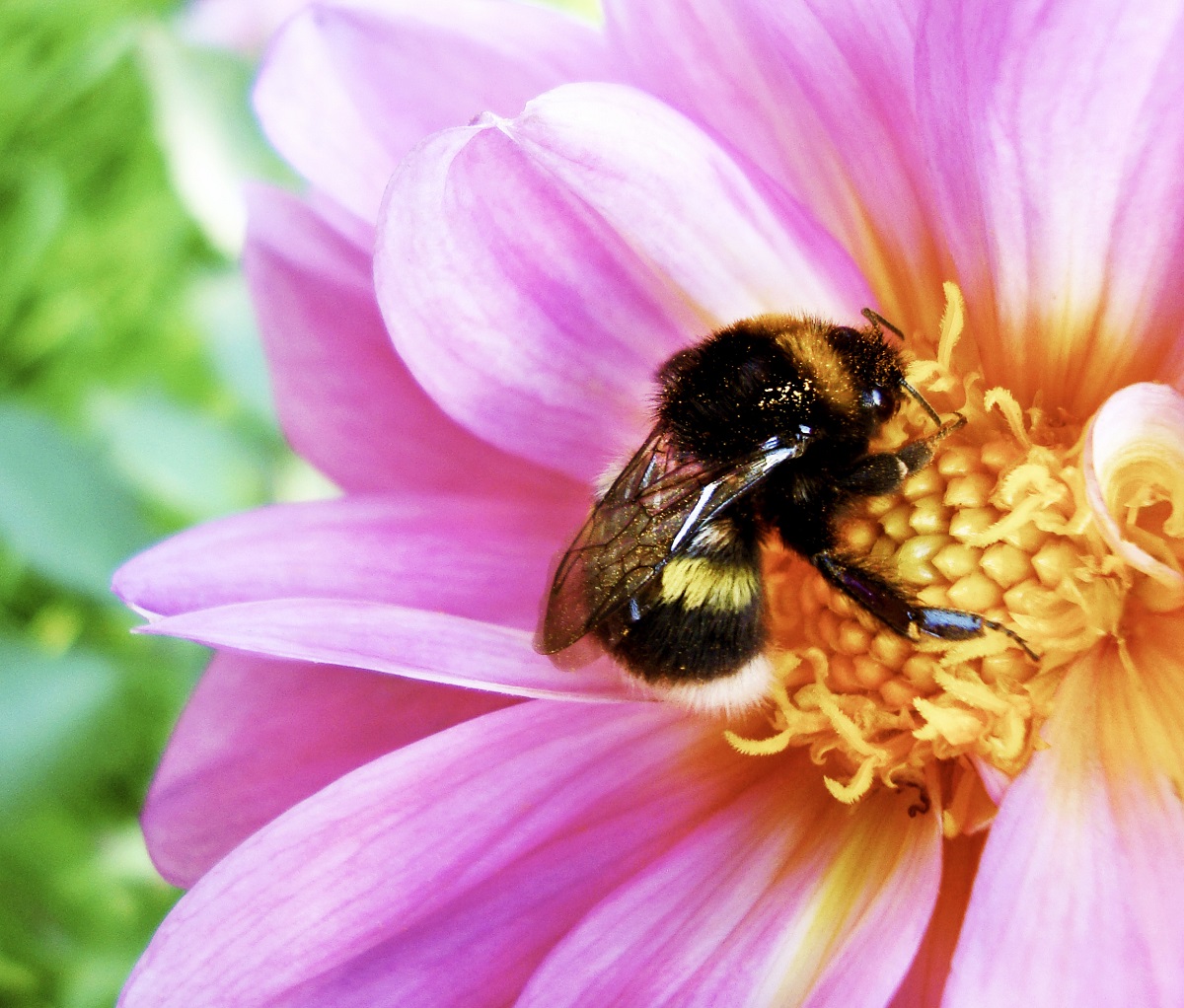 Anytime you see two or more little black and yellow critters, it can be a cause for concern. No one likes the idea of bees or wasps where they live, but it may be helpful to understand the different species. Bee and wasp exterminators can better serve you when you understand what kind of bee or wasp exists in your living space, and knowing the different species can help you protect yourself against their stings.

Almost all bees and wasps have the ability to sting a human, and most will if provoked. This can be painful for everyone but can be extremely dangerous when you have an allergy to bee/wasp stings. Therefore, bee and wasp removal is essential when you have them in your place of living. Here are the most common species of bees and wasps you might encounter.

Bumblebees may look cute and harmless, but they still sting! They are characterized by their chubby, furry round bodies and black and yellow stripes. They are usually between ¼ inch and 1 inch in size. They tend to build hives in the ground or large grassy areas. They build their hives out of clumps of pollen. These pollinators are important to our environment, but they can be pesky when they live on your property. There are many ways professionals can do a safe bee and wasp removal that won’t harm the bees if that is a concern.

Honey bees are sleeker than bumblebees. They tend to be orange/brown/black and are around ⅝ inches in size. Honey bees are normally part of a bigger colony, which makes it very important to use a bee and wasp exterminator to get rid of the hive. These bees can live in colonies of up to 80 thousand honey bees. While honey bees are not the most threatening type of bee/wasp, they will sting if provoked or if you prove to be a danger to their large colony.

While these guys may look like bumblebees, don’t get them confused! They have the same fuzzy appearance but have a shinier, more exposed body. They can also be around ½ inch to a full inch in size. These bees do not live in hives or in colonies, but instead, like to rear their offspring in deteriorating wood. This can make them a threat to your home if you have wood paneling, and their presence will only make it worse over time. Carpenter bees are probably the least dangerous and least likely to sting since only the female bees have stingers. Unless they feel particularly threatened, they are unlikely to sting you, however, you may still want to remove them, as they will pose a threat to the beauty of your home.

Paper wasps can often be confused for yellow jackets, but they are pretty different. They have a slim body in black and yellow. Their nests have an umbrella shape to them, and they like to build them around abandoned areas in yards or homes that can protect them from bad weather, such as roofs and overhangs of sheds/old houses. They may also build in trees or large rocks. These wasps will usually only attack when they feel threatened, and this is usually if you get very close to the nest. While they do not commonly attack and live in small colonies, their sting can be painful (more painful than a bee sting) and can cause an allergic reaction. This makes their extermination important still!

These wasps can be hard to identify because they can vary in look. Their main identifying feature is their skinny bodies, with a waist shaped like a pipe. They can be between ½ inch to a full inch in size and can be black, blue, or yellow and black. Mud Daubers build their hives out of mud (which is how they got their name) which they build into pipes. These wasps do have a sting, which they frequently use on their prey, small bugs they use as a food source. They also will sting humans, if they feel a threat is posed. These wasp stings are uncommon, but it’s always better to be safe than sorry.

Yellow Jackets are the most notorious of the wasp and bee community. They also get confused with other species of bees and wasps, primarily honey bees. Though they are thicker than paper wasps, they are not fuzzy at all, which is how you can distinguish it from a honey bee. They build hives underground and enjoy sugar and carbs much as we do. That means they tend to hang around outdoor areas where people are. Yellowjackets are known for their painful and persistent stings. Once they feel threatened, they become aggressive and it becomes hard to avoid their sting. They are considered the most dangerous species of wasp and bee you can have around.

If you think you may have one of these bee or wasp species living in or near your home, make sure you proceed with caution and call a professional bee and wasp removal service.

Continue Reading
You may also like...
Related Topics:bee and wasp exterminators, bee and wasp removal