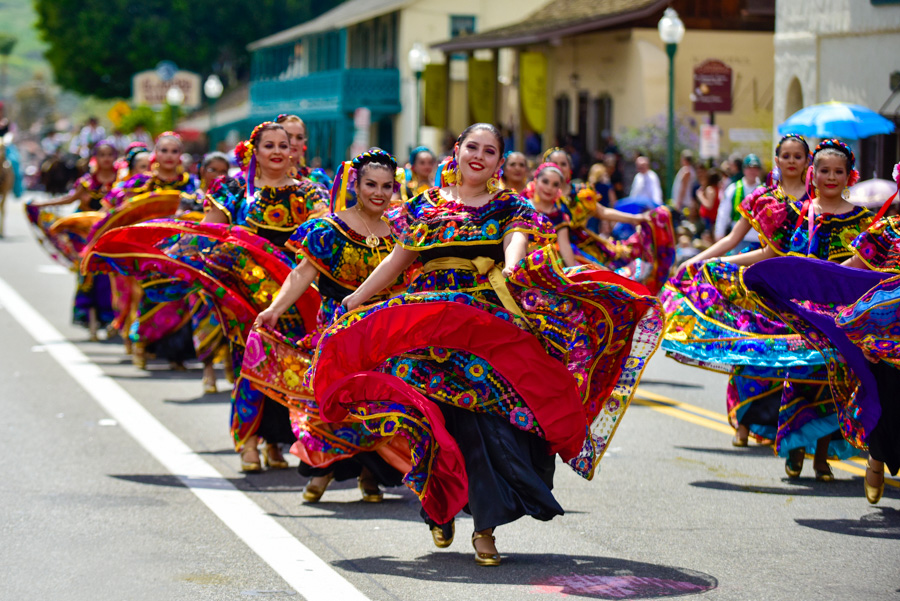 When you arrive in Orange County, there will be a multitude of different festivals that you can be a part of if you allow yourself to try them out. A great example of this would be the Annual Swallows Day Parade & Mercado in downtown San Juan Capistrano. To understand what it’s all about, it’s a parade that celebrates and looks back on the wild west days within the area and the return of swallows coming back from their winter home in Argentina. It’s become so popular among the many Orange County Events that it is one of the nation’s largest non-motorized parades, which means many visit the event each year. With the ending of Covid restrictions, it looks to make a comeback for everyone to enjoy soon.

The Swallows day parade will have a great deal for you to do that can really get you into the feel of the festival. One such event includes the El Presidente Ball, where a best-dressed contest will ensue. To win this contest, you need to have amongst the best outfits when it comes to wearing old western Californian, Hispanic, Mexican clothing that fit the period. It’s a tribute of sorts for where San Juan Capistrano is remembered for its earliest days. There are, of course, other contests that you can enter in the Fiesta Grande itself, which will have a multitude of categories you can compete in, such as the following:

Funnily enough, if you are not wearing any western attire on a particular day of the event, then you just might find yourself ‘arrested’ by the sheriff until further notice, or at least until you purchase a fiesta association souvenir. This is all done in good humor, of course, more often than not, only done on Hoo’Gow Day, which harkens back to the old western-style form of law and order, serving as a fun way to convince people to dress up for the occasion.

You also have ways to engage the family, but especially the kids, if you want. Besides getting them interested in the frog jumping competition, the festival will also include a kid’s pet parade, including another contest in the form of whoever can bring the most dynamic and stylish housepet. Considering that some of the previous winners have included animals like potato bugs, ponies, ducks, and dogs, almost any animal has a chance for victory in the following categories:

Then there is one of the premier events for the festival as a whole, coming in the form of the swallows’ parade. It’s a grand parade that features all kinds of marching bands, floats, marchers, elaborate dances, taking place through the street of Mercado for all in attendance to see. Out of the many Orange County Events in the area, few are as engaging or immersive as this.

Due to Covid restrictions, much of the event has had to be withheld last year and even this year. Still, a comeback will eventually arrive once the pandemic has blown over, and it would be criminal not to take advantage of it. There’s a reason this event is popular, and if the aforementioned attractions aren’t convincing enough, there’s plenty more to see if given a chance.

This blog is brought to you by Toyota of Orange, the number one among Fullerton car dealerships.