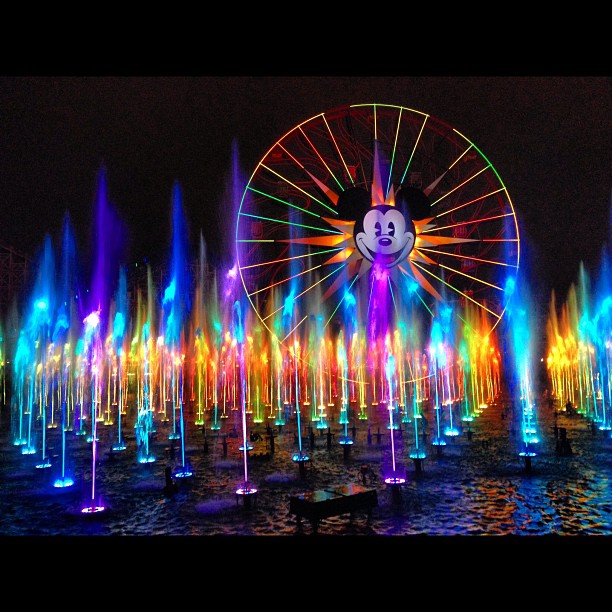 It’s very difficult to go to Orange County without entertaining the idea of going into Disneyland. The area is almost synonymous with Disney, given the number of attractions that make it stand out. Still, Disneyland often stood in the shadow of the much bigger Walt Disney World with its multiple city-sized areas for the longest time. This changed slightly with the introduction of Disney California Adventure, which saw a great expansion of the park and a great deal more attractions for you to view. If you’re looking for things to do in Orange County, then let’s take a look at some of these attractions to see why you should give California Adventure a shot.

Once formerly known as California Screamin’ until Disney rebranded the ride, even before the theme rebranding, the newly dubbed Incredicoaster is easily one of the best rides and even roller coasters that you will find in not just Disney, but possibly in the United States. It may more often than not have one of the longest waiting lines in the park, but there is good reason for that, considering how engaging the ride is with its twists, turns, and level of speed to be enjoyed for all those involved.

Soarin’ Over the World

If you’re looking for a ride that takes an unorthodox approach with how it engages a crowd, then Soarin’ Over the World will be just what the doctor ordered. You will be strapped into a ride where you’re lifted up indoors and given a full view of flying over the sites of the world. Once just giving you a view of California, after some rebranding, the screen will give you a view of the outdoors for the world. It will be all-encompassing, and it will dominate your sight. It will completely immerse you into the simulated flight as different scents and winds pick up to really sell that you’re in a flight simulator, blending with your senses in ways you may not have even considered.

Radiator Springs Racers is definitely in contention to have the title of one of the best rides that Disney has to offer. Giving you an engaging high-speed racetrack ride that has you go through all sorts of destinations that fit the car theme, the sharp turns and quick maneuvers will leave your heart pumping and wondering how long you would have to wait to go back and enjoy the ride a second or third time. Without a doubt, amongst the most popular that California Adventure has to offer, which makes lines quite long for this particular ride.

These attractions may all sound great, but there is one spectacle that just might rival them in sheer scope of what you can witness. The California Adventure World of Color can wow people with the beauty of the water as well as its display of animation. You’re going to get water projections, pyrotechnics, fire, and plenty of other displays that will leave your jaw on the floor and can be an excellent way to cap off your whole experience with Disneyland.

In short, you will find a lot of things to do in Orange County, thanks to the many attractions that you can find in California Adventure. If you’re looking for a great adventurous time to have with the family, then this is the attraction for you.

This blog is brought to you by Toyota of Orange, Toyota Irvine car dealerships‘ number one.