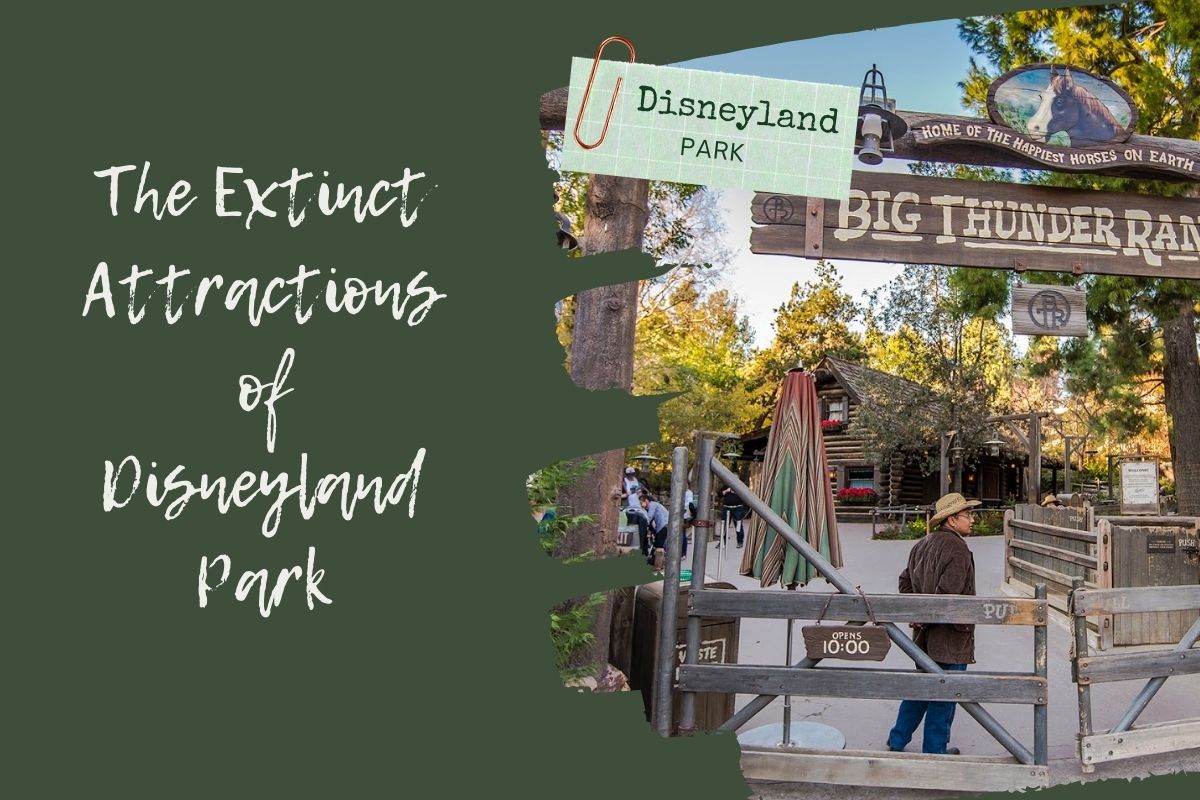 Since its opening in July 1955 and likely over a billion people later, the original Disneyland Park has seen its fair share of attractions come and go over the decades. While we like to look forward to the future and welcome new experiences, sometimes we can’t help but get nostalgic about what once was in good ol’ Anaheim. Let’s take a look at some of the things to do in Orange County that are no longer around.

Did you know that this was one of the first rides to require an E-ticket? Before it was themed into the Finding Nemo ride we know it as today, this submarine ride had a very simple premise to it. You had the opportunity to take a deep dive and explore the wonders of aquatic creatures such as sea turtles, giant clams, and…mermaids?!

In this delightful musical show, all 20 of the country bears were ready to perform a multitude of happy-go-lucky tunes for all guests of all ages to enjoy! From Polly Wolly Doodle to Red River Valley, what wasn’t to love? The attraction was moved to Frontierland at Walt Disney World’s Magic Kingdom Park and the space was used to make room for The Many Adventures of Winnie the Pooh attraction.

This ranch was a fun time for everyone! From petting zoos to a log cabin where you could take a photo with Santa Claus during the holidays! Two turkeys featured at Big Thunder Ranch were even pardoned by then-President George W. Bush. The ranch was closed to make room for Galaxy’s Edge, which opened in May 2019.

A bounce house is every tot’s dream come true! You could throw off your sneakers and jump around with other children as if nothing else in the world mattered! Oh, to be young again. The house was renovated to be a regular walk-through house, and now is going through renovation again for the grand re-theming of Toontown, which is scheduled to be completed in 2023.

This treehouse was incredibly simple and was made specifically for small children. However, if you were a kid in the 1990s, the 2000s, or even the 2010s, it’s easy to become nostalgic for the little things. It truly takes you back to a time when you were small and everything around you was so fresh and new. Plus, who just doesn’t love the irresistible Chip and Dale? Will the treehouse return completely refurbished or does the Imagineering team perhaps have something brand new planned up their sleeves?

When it comes to things to do in Orange County, you can sometimes take inspiration from Yesterland. What was your favorite attraction at Disneyland that is no longer in operation?

This blog is brought to you by Toyota of Orange, one of the most reliable franchises near your favorite Irvine car dealerships that ain’t going away anytime soon!

Where to Go for Father’s Day in OC!
Say Yes to National Camping Month with these OC Campgrounds!