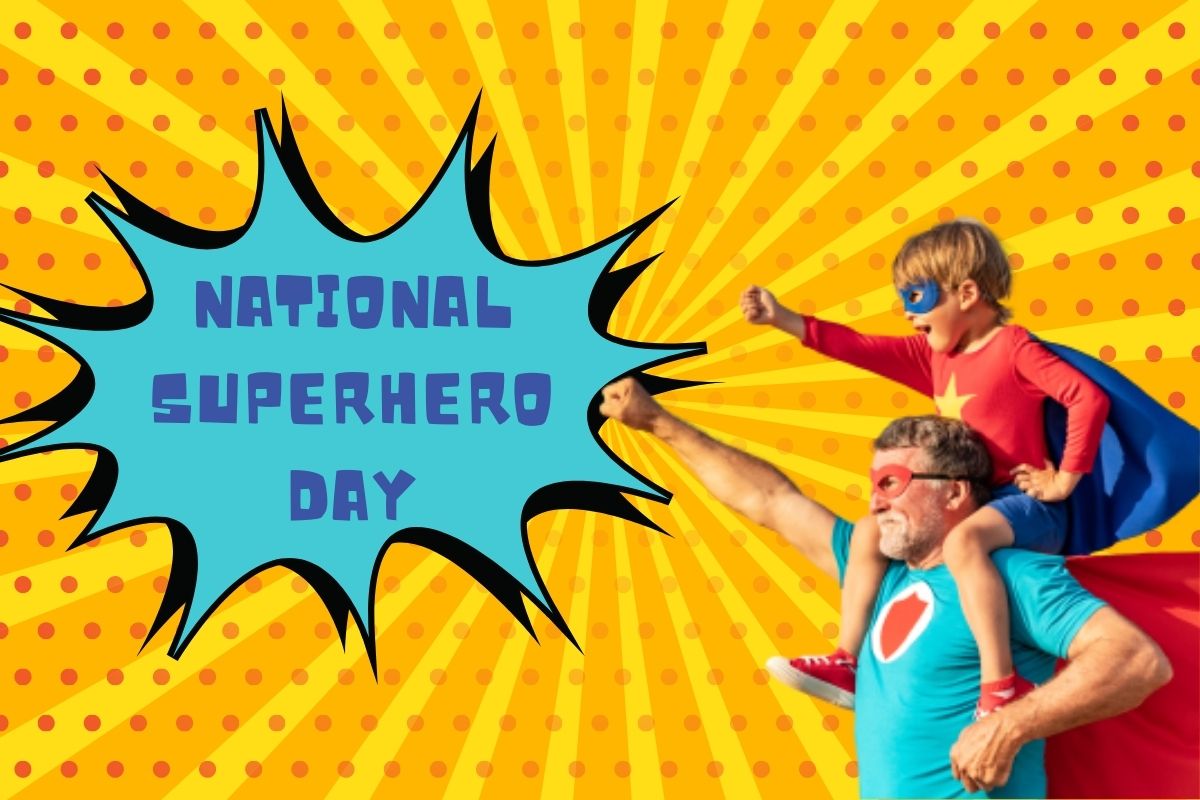 National Superhero Day is celebrated annually on April 28. It is a day to celebrate the inner hero in everyone. It celebrates those who have achieved excellence, courage, and creativity as well as demonstrating empathy towards others despite their differences from you or me – it’s about being your very best self!

Here are some suggestions for fun things to do in Orange County on this day.

As adults, it’s not exactly socially acceptable for us to go out in public wearing capes unless it’s Halloween. That’s why we suggest throwing on a Captain America or Wonder Woman shirt on this day instead.

Here in Orange County, there is an abundance of amazing comic book stores to choose from! They are awesome not only because of the products they sell, but these are also places that are always happy to see you come by because they are owned by people who love comics as much (or maybe even MORE) than anyone else around. Here are a few stores in the area just to name them:

Support your local comic book store by grabbing a new issue of your favorite comic book or perhaps try picking up a brand new series to commemorate this day!

There have been several OC natives that have starred in popular superhero movies. Some of these include Will Ferrell in Megamind, Michelle Pfeiffer in Batman Returns, and Kevin Costner in Man of Steel. Why not stream your favorite hero movie for a relaxing Thursday evening?

If you have a child in your family who is celebrating their birthday in late April, this is a great opportunity to hire their favorite hero to show up at their birthday party. Who wouldn’t love to be visited by Spider-Man or Bat-Man on their special day? You can even request virtual events!

Avenger’s Campus opened at Disney California Adventure on June 4, 2021. It replaced It’s A Bug’s Land and features the Web Slingers: A Spider-Man Adventure attraction. It is currently one of the hottest attractions at the park, so be sure to get in as early as you can to avoid waiting hours in line!

In addition, there is also The Incredicoaster. On this high-speed roller coaster, the Incredible family must keep an eye on Jack-Jack, who is an unpredictable super baby. Can you keep up with the pace and help the Parrs get a grip on their youngest child?

Although we are enthusiastic about our favorite fictional superheroes, it’s also important to acknowledge our real-life heroes when planning things to do in Orange County. Consider thanking a doctor, a nurse, police officer, or someone you know on this day who has devoted their life’s work to helping others.

This blog is brought to you by Toyota of Orange, your “super” dealership for used cars near Tustin Toyota.

What is Dapper Day?
Video Game Companies You Didn’t Know Are in OC